Can hopeless Americans regain hope by personifying their country as the Prodigal Son?….

11 Jesus continued: “There was a man who had two sons. 12 The younger one said to his father, ‘Father, give me my share of the estate.’ So he divided hi 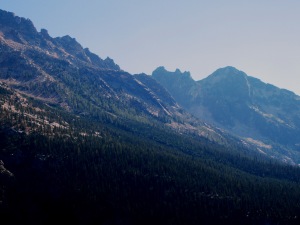 s property between them. 13 “Not long after that, the younger son got together all he had, set off for a distant country and there squandered his wealth in wild living.14 After he had spent everything, there was a severe famine in that whole country, and he began to be in need. 15 So he went and hired himself out to a citizen of that country, who sent him to his fields to feed pigs. 16 He longed to fill his stomach with the pods that the pigs were eating, but no one gave him anything.

17 “When he came to his senses, he said, ‘How many of my father’s hired servants have food to spare, and here I am starving to death! 18 I will set out and go back to my father and say to him: Father, I have sinned against heaven and against you. 19 I am no longer worthy to be called your son; make me like one of your hired servants.’ 20 So he got up and went to his father.

“But while he was still a long way off, his father saw him and was filled with compassion for him; he ran to his son, threw his arms around him and kissed him.

21 “The son said to him, ‘Father, I have sinned against heaven and against you. I am no longer worthy to be called your son.’

22 “But the father said to his servants, ‘Quick! Bring the best robe and put it on him. Put a ring on his finger and sandals on his feet. 23 Bring the fattened calf and kill it. Let’s have a feast and celebrate. 24 For this son of mine was dead and is alive again; he was lost and is found.’ So they began to celebrate. 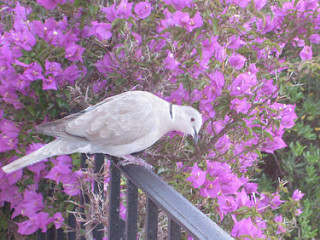 The Gift of Exploration

Dove that stayed in the open, outside the dovecote,
brought back and housed again where neither night nor day poses danger—
she knows what protection is….The other doves not exposed to peril do not know this tenderness.

The heart that has been fetched back can feel most at home.
Vitality is freed through what it has renounced.
Over Nothingness the universe bends.

Ah, the ball we dared to throw fills the hands differently on its return:
it brings back the reality of its journey.

Uncollected Poems in A Year with Rilke: Daily Readings from the Best of Rainer Maria Rilke
Anita Barrows and Joanna Macy

I am depressed about the behavior of my country towards its most vulnerable citizens and towards  world citizens. These juxtaposed readings, however, give me hope that it is possible to return to more compassionate behavior.  We have flown the coup and out there we are testing the limits of some of America’s cherished values: independence and freedom.  Hopefully we will learn again to be interdependent.

While my country is away from itself, my job is to “become more of the change I want to happen,” to learn and be interdependent.  My job is to continue to hold up a mirror to my country about how selfish behavior affects others.  My job is to trust that my country can and will come home to itself.  My job is to welcome and forgive when she is ready to come home.