Beware the Jabberwock, my son,
the jaws that bite and claws that scratch…
Beware the Jubjub bird, and shun
The frumious Bandersnatch!”

Through the Looking Glass Lewis Careoll

I awoke to the shrieks
Of an avaricious vulcher
Tweeting a Tornado of Tweets
Each one trumping the next.

Said Spirit,
“Put the sword down, Alice.
Look inside.
Tend first the vulcher
Inside
And the one outside
Dwindles to a dodo.”

NOTE: The dodo (Raphus cucullatus) is an extinct flightless bird that was endemic to the island of Mauritius, east of Madagascar in the Indian Ocean. The dodo’s closest genetic relative was the also extinct Rodrigues solitaire, the two forming the subfamily Raphinae of the family of pigeons and doves.

This post is inspired by Sue Llewellyn’s Word A Week Challenge on A Word in Your Ear at http://suellewellyn2011.wordpress.com/2014/01/15/a-word-a-week-photograph-challenge-waiting/.  We are asked to respond to the word, WAITING.  Once in a while lately I feel like Alice following the white rabbit down the hole, so my poem emerged from these ideas of waiting and being a good steward of TIME.

“My dear, here we must run as fast as we can, just to stay in place.  And if you wish to go anywhere you must run twice as fast as that.” 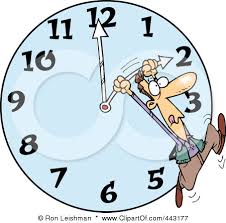 Time trips over its hands,
Running, running, late, late,
For a very important date,
Its slaves shackled to tick tock,
Tumbling, tumbling, into the
Hole they’ve loosened with the
Pick axe of avoidance, and
Shoveled out with the spade of fear.

Waiting
For shackles to fall,
And slaves to see the
Light of Day.
Waiting to become
Time itself,
Stretching minutes into long, leisurely
Hours- hours easing into
Eternity,
Waiting,