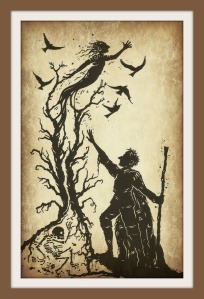 In Shakespeare’s The Tempest, Ariel is a sprite, a free spirit, imprisoned in a cloven pine by the “blue-eyed hag” Sycorax for disobeying her.  He was confined a “dozen years” until another magician-master, Prospero, opened the pine and set Ariel free.  What Ariel didn’t realize is that he was always free, whether or not he exercised that freedom.

Psychology and spirituality make good partners.  I have studied the work of Eric Fromm and compared his theories about authority with the experience of mystics.  Strange bedfellows, atheists and mystics, but bear with me for a moment.   Fromm‘s experience of the Holocaust enlightened him on the human tendency to relinquish personal authority to the highest bidder.  His theory is not unlike Kohlberg’s stages of moral authority.  He says that most people are stuck in level four where behavior is dictated by external authority.  Like Fromm, Kohlberg sees the highest stage of moral authority as acting out of intrinsic principles, rather than external laws which may or may not be morally right.  The path of the mystics is similar.  One lets go of ego-entrapment to get to the core of his being.  She meets the Other in that place and this relationship grounds her in the moral authority to do justice in the world.

Some chapters of my life story have been characterized by idolizing external authority.  It crippled me with guilt and encased me in a mail of fear, protecting me from my own freedom.  Like Ariel imprisoned in the cloven pine, I longed to be free, to return to the blithe spirit of my childhood when God was real and I was real.  I have come to realize that we return to this state by returning to the womb of our souls.  But how to return?  A Dominican theologian, John Caputo, says that, “When the soul unites with the divine Godhead it returns to its own womb….”  God calls us to live this radical self-acceptance  with the divine.  Life in the Godhead is not life in a cloven pine.  Rather, it is a life which frees us to exercise all of our human potential.  Life in the Godhead  opens us to understand the many facets of being human, and teaches us how to do justice with compassion.  It is a life which empowers us with the authority to call others to conversion with conviction and empathy, fully aware that we have a share in all of humanity’s injustices

My journey to live moral authority has long been inspired by this paraphrase from Leonard Bernstein’s theatre piece, Mass:

Photo Credit:  “Prospero Releases Ariel” by Cate Simmons https://m.flickr.com/#/photos/steeringfornorth/6748694173/ I invite you to visit this link to Cate’s drawing.  Her story of its creation is lovely and moving.

Here you will find a snapshot of Eric Fromm’s theories and a bibliography: http://en.wikipedia.org/wiki/Erich_Fromm

Here you will find an explanation of Kohlberg’s stages of moral development:
http://en.wikipedia.org/wiki/Lawrence_Kohlberg’s_stages_of_moral_development

For a thorough and thought-provoking treatment of how a dearth of moral authority has created an empire out of church, see the books of my friend, Wes Howard-Brook:
http://www.amazon.com/Wes-Howard-Brook/e/B001K8HOY6 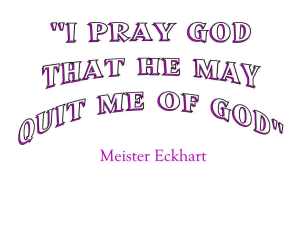