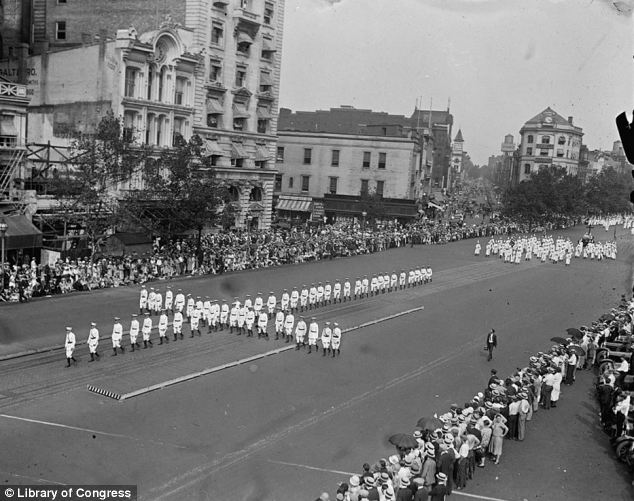 Occasionally I research what was happening in history on the day I am currently living.  It often provides perspective and insight.  Sometimes it slaps me across the face with an alarming wake-up call.  Always, it calls for prayer and a spiritual practice of compassion.

1. On August 8, 1945 The USSR, England, United States and France signed the Treaty of London which laid the groundwork for the Nuremburg Trials.  The charter defined three crimes:

2.  On August 8, 1925 between 25,000 and 40,000 Ku Klux Klansmen dressed in their white-hooded robes, marched for the first time down Pennsylvania Avenue in Washington D.C. At Arlington Park they stopped to burn an 80 foot cross and to initiate 200 new members. (Washington Post article by Terence McArdie 8-11-18) The Library of Congress photo of the march seems to show a contingency of military forming the cross.

3.  August 8, 2019.  We are still reeling from the hate-filled terror in Texas.  Has that march down Pennsylvania Avenue reached the White House?

The UN Declaration of Human Rights is a powerful document that can make a difference if we live it.  I will shape my spiritual practice around the concept of duality which is the underpinning cause of human rights violations.  If I separate others from myself perceiving their difference as inferior, I separate myself from myself and from the divine.

Breathing in, we are one.

Breathing out, I release separation.

James Cone The Cross and the Lynching Tree

3 thoughts on “August 8: A Juxtaposition”