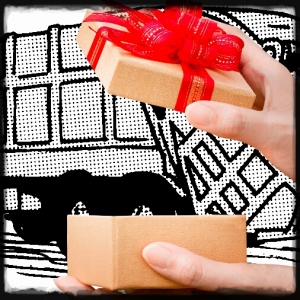 It should come as no surprise that much of what you read here has already been written elsewhere, for there really is “nothing new under the sun.” Thank you to the mystics and wonderers who go before me. What is new for each of us is the aha moment when we see a truth for the first time or when we peel away another layer so as to understand at greater depth.

For a few years I have used this mantra to stop the human flow of judgment and criticism,”God alive and we thrive.” If god is alive in the conversation, we thrive instead of being dragged down in a cloud of negative energy. I have found the mantra quite helpful until the other day when I had to deal with the incessant noise that accompanies city living and was given a new layer of meaning. I recalled a video of a Buddhist nun who used a bell to call her to mindfulness. She alluded to feeling so frustrated and impatient with the noise that kept her from mindfulness, and substituted the noise itself as the bell calling her to mindfulness. I began to consider the noise outside as a call to mindfulness and a different word came up, the word “presence.” My mantra became “Breathing in presence I release irritation. Breathing in presence I release unrest.” After a while the noise slipped away and I was gifted with a few moments of connection with the divine…much more satisfying than fixating on the noise of garbage trucks uploading!

Subsequently, other uses of the mantra have presented themselves to me. One day I fixated on the possibility of someone’s interference in my life. That negative energy did me no good at all, but this mantra transported me out of it, “Breathing in presence I release mistrust. Breathing in presence I release fear.” When we live in divine presence there is simply no space for negative energy. When we invite presence we are inviting the divine presence that lives in the other person to share space in our being.  It is like greeting someone with “Namaste, I greet the god in you.”

I invite you to try this mantra and share in a comment that will give all of us tools for our spiritual growth. Blessings be yours.

4 thoughts on “Mantras As Tools For Spiritual Growth”