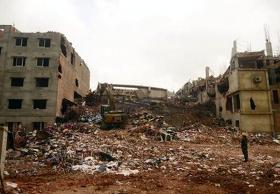 “Every human person is noble and of royal blood, born from the intimate depths of the divine nature and the divine wilderness.”   Meister Eckhart

“What we plant in the soil of contemplation, we reap in the harvest of action.”  Meister Eckhart

Without outward focus, spiritual development can become naval gazing for its own sake and self aggrandizement. Instead, spiritual growth is about uniting with the Other, and from within that union, invite others to do the same. This invitation requires us to help create a just and peaceful environment which allows us the space to develop, and in turn, invite others to join in the process.  Meister Eckhart was an academic, a mystic, and a prophet.  Through his own spiritual journey he came to the realization that we are all “aristocrats,” born from the nature of God.  Instead of focusing on his own mystical experiences, he went into his medieval marketplace and preached to the masses in their vernacular German.  He condemned a “merchant” mentality which denied the nobility of the soul, and which bound serfs to church and state by unjust contracts.  Without outward focus our spirituality exists for its own sake.  Our relationship with God gives us the moral authority to address injustices in our community.

Recently, near Dhaka, the capital of Bangladesh, a garment factory in the Rana Plaza collapsed, bringing the whole plaza down on itself.  As of this writing the death toll is 600.   A few days before the collapse cracks had appeared in the building and police ordered it evacuated.  The owners ignored the order, threatening to cut pay if workers did not report for work.  There were some arrests of engineers who worked without permits and insisted the building was safe.  One owner fled the country.

This is not Meister Eckhart’s Middle Ages.  We don’t have a feudal system which supports the wealthy on the backs of the poor…do we?  Bangladesh has one of the largest garment industries in the world, supplying cheap knock-offs to fashion-addicted western buyers like me.

What is our call in response to this situation?  In our prayer and study we can come to believe that by virtue of our relationship with God, we are noble.  The Bangladeshi factory workers are noble.  Because we believe it, we can participate in boycotts which put pressure on factory owners to recognize the nobility of their workers by giving them safe working conditions and just wages.  We can better monitor our own consumption of cheap knock-off clothes, helping to create new and just markets.  May our contemplation spill into acts of justice so that these hundreds of workers have not died in vain.